Asia Bibi's message to Open Doors supporters: "You are in God’s hands and you are vital"

Asia Bibi speaks to Open Doors in France about her faith, her message to Open Doors supporters and her hope for the future after being released from prison in Pakistan.

You're probably familiar with Asia Bibi's story - that she was convicted under Pakistan's harsh blasphemy laws in 2010, and was given a death sentence. She spent many years in jail. Her appeal hearing was frequently delayed – but she was finally freed on 31 October 2018, and left Pakistan the following year. She and her family suffered a great deal during this period, and more than one person was murdered for standing up for Asia.

Asia met with the Open Doors team in Paris on Friday 28 February, where they spoke to her about her experiences, her faith and her message for those who've supported and prayed for her. 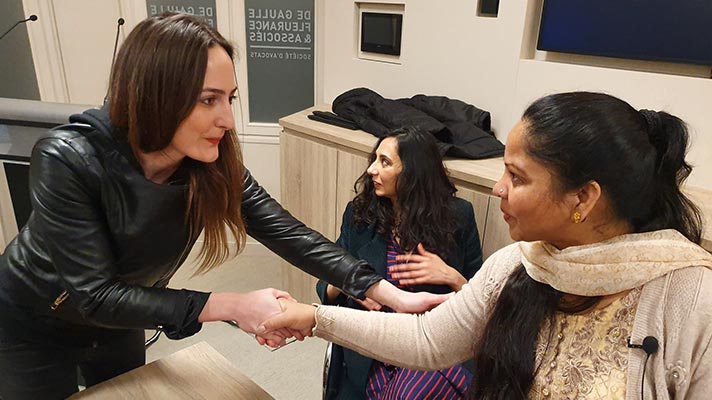 Asia Bibi meets members of the Open Doors team in France. She was given an Urdu Bible, a card and a shawl made by women from the persecuted church

How did your time in prison change your faith?

My faith has always been strong because my family had a lot of devotion, but it did get stronger because now I know that God is with me – and God doesn’t leave you alone, He is always with us.

How is it possible to endure such difficulties in prison and not doubt God’s existence?

I never doubted, because when I was born, the priest told my mother, “This girl is going to be tested by God.” And my parents kept telling me this story and I knew that this was going to happen someday.

Did you realise you were a symbol of hope and faith while you were in prison? 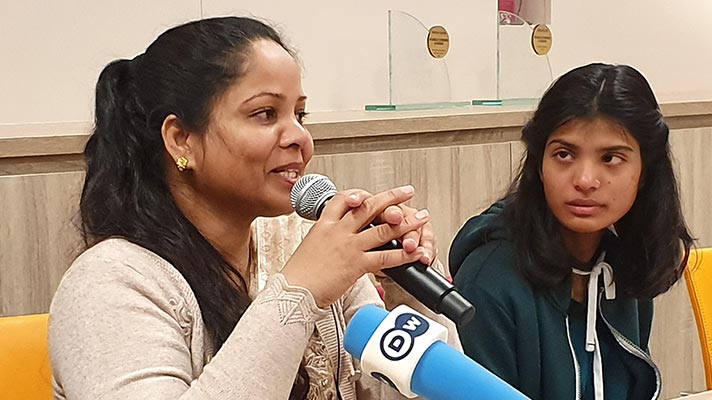 Asia Bibi speaks at a press conference in France

How did you feel when you heard that extremists assassinated a government official who supported your case?

I had very deep pain. I really cried because he was innocent. Whenever I think of him, I have tears in my eyes. I have a lot of pain in my heart. But I also have the feeling that he is alive because anyone who dies for his faith is always alive – he never dies.

Do you hope to live anonymously in the future?

I’m free, but I do need security. I’m sure you understand. My wish in my life is that my children will have an education. Their education has suffered a lot.

Do you have a message for those who’ve prayed for you while you were in prison?

Yes, I have a message for them. God is with you in the exact way He was with me. You are in God’s hands and you are vital.

After the interview concluded, the Open Doors team gave Asia an Urdu Bible, a shawl made by women from the persecuted church and a card. They'd been waiting five years to send the card.

"For me?" she says, delighted to receive the gifts. "I'm very happy to meet you."

Please keep praying for Asia Bibi and her family, as they heal from the trauma of the past decade and start building a new life in Canada. Thank you for your persistent prayer for this courageous woman over many years. And please keep praying that Pakistan's blasphemy laws would be made fairer and that Christians wouldn't be targeted.

Lord Jesus, thank You for the steadfast faith of our brothers and sisters in Egypt. May they know how much they are loved and valued in Your sight. Bring home the women and girls who have been abducted and restore them to their families and communities. Please change the hearts of those who wage war against Your people and reveal to them Your great love and mercy.

Children in Christian families often face discrimination, exclusion and even violence. Children who attend church might be ostracised by their Hindu family. Receiving messages from the worldwide church can make a huge difference – can you and your family send them encouragement?