They had to flee extremists in Iraq. Now microloans mean they can start afresh.

Bashar and Faraydoun both had to leave their businesses behind when war came to Iraq. Now, thanks to your support, they have microloans to rebuild their lives.

Iraqi Christians who fled so-called Islamic State (IS) had to leave everything behind. For Faraydoun and Bashar, that meant leaving the factories they owned. Imagine going from running a thriving business to being an unemployed refugee. It was heart-breaking. With your help, though, things have started to turn around for these men and their wives and children.

Faraydoun and his family had to flee not once but twice. Earlier in his life, he’d owned a profitable factory in Baghdad. When Muslim extremists destroyed his factory and threatened his family, they fled for their lives. They settled in northern Iraq.

But they still weren’t safe. Years later, when IS’s grip on the country tightened and their terrible reign moved further north, Faraydoun’s family had to flee again.

"ISIS left us with nothing, no relatives, no houses - they took everything" Faraydoun

“When ISIS entered in, they left us with nothing, no relatives, no houses—they took everything and kicked us out,” Faryadoun says.

They ended up in Turkey, as refugees. Faraydoun had gone from being a successful businessman to being an outsider who didn’t speak the language and couldn’t find work. 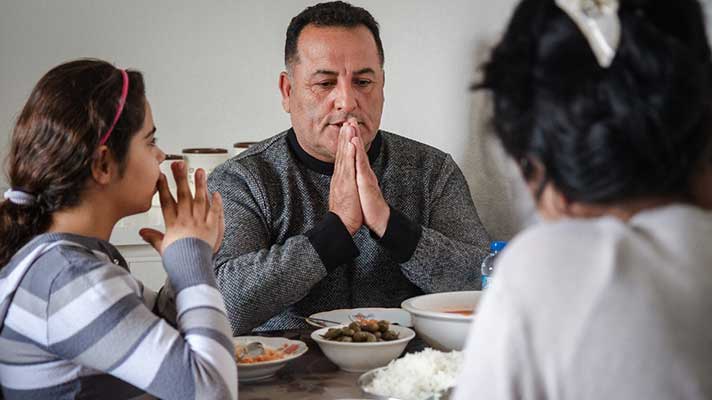 He was eventually able to return home when the crisis was over, but that wasn’t the end of their troubles. When they arrived in Dohuk, they were devastated. The house was in disarray and they were left with nothing. “Honestly, I cried. Looking at my children was difficult. When I remember that day, it is painful.”

But Faraydoun’s Christian faith remained strong. “We were praying to Jesus, asking Him to save us from our problems.”

Bashar faced very similar circumstances to Faraydoun. He owned a factory in Mosul, working with his brothers. Things were going well until IS came. Soon he and his family were facing threats and harassment. Some of his relatives were even kidnapped and killed. 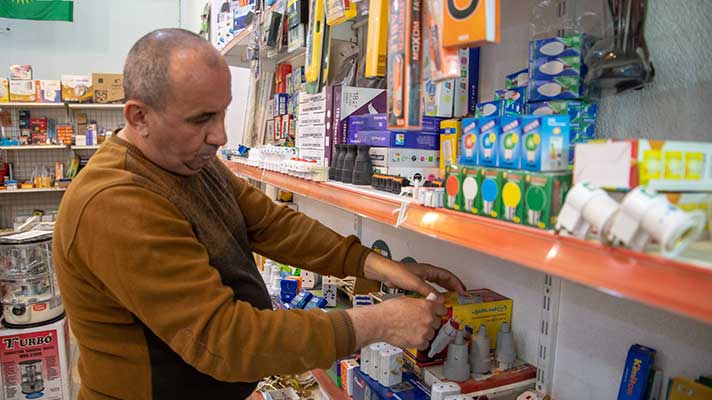 “When the extremist movements started, we suffered from threats that led to the almost complete stop of our work,” he remembers. “The situation was too difficult, especially for our wives and daughters. They had restricted their clothes, their movements… We feared for our kids.”

No parent should have to worry that their children might be kidnapped, but that was what faced Bashar. He and his family fled Mosul and went to Qaraqosh. Then they had to move again, to Duhok.

EVERY £59
could provide a month of much-needed trauma care to a believer in Iraq.
GIVE TODAY

“We left our houses, factories and everything. All we could take were our clothes.”

God kept Bashar and his family strong. “I teach my children that we must trust God in everything,” he says. “I can trust God in all times, whether good or bad.”

“We are thankful to you”

Faraydoun’s and Bashar’s lives, and the lives of their families, have been transformed through your generosity. They were recipients of microloans provided by Open Doors partners, made possible by your prayers and support.

“I can trust God in all times, whether good or bad.” Bashar

Faraydoun developed a fish farm with his loan. He’d tried before they went to Turkey, but without enough funding to make it a success. The microloan transformed that, and the fish farm has now been operating well for several years. The income means his family can survive. He’s rightly proud of the hard work he’s put in, and grateful that he had the opportunity to start this new business. 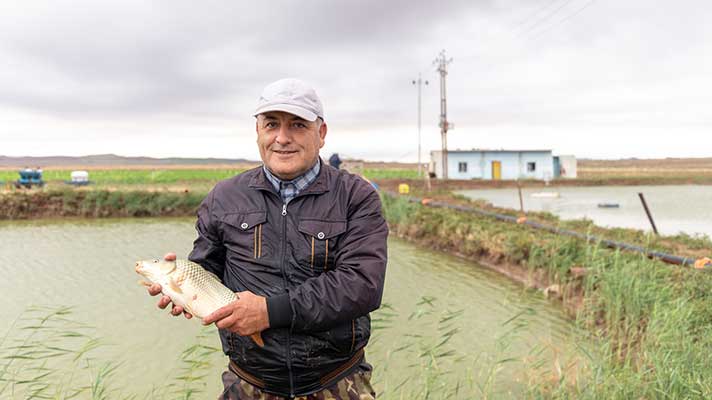 Faraydoun at his fish farm

“The microloan supported us, thank God. We’ve become more restful. We are thankful to you,” he says. “Thank God there are good people like you.”

Bashar was able to open and expand a shop with his microloan. The escalating living expenses and rent meant he couldn’t do it without the help of Open Doors supporters, and he is grateful: “I’m very thankful to the supporters: they don’t know me, but they trust me.”

EVERY £59
could provide a month of much-needed trauma care to a believer in Iraq.
GIVE TODAY

The microloans provided by Open Doors partners have been the difference between destitution and employment for these men, who just want to live normal lives and support their families. They are among 60 microloans that have already been given in Iraq. With your help, Open Doors partners can provide more across the Middle East, offering hope for the future.

Bashar and Faraydoun both ask the worldwide church to keep praying for Iraq. Microloans have turned their lives around, but life is still often hard. Iraq still isn’t safe for those who follow Jesus, as Faraydoun says: “It is very difficult for Christians in this country to find hope. But if we ask Jesus, our faith in God will turn into hope.”

Dear God, thank You for the faith of these courageous men. We pray that they will continue steadfast in their love of You, and be a light in the darkness of Iraq. Give them protection and safety, and may they find fulfilment and hope in their work. In Your name, Amen.

Iraq | August 14, 2020
“I feel the Holy Spirit is at work in us”: How Dalia’s ministry is seeing change for women in Iraq
View Iraq country page