7 days of prayer for North Korea

As the world remembers 70 years since the start of the Korean War, we remember our brothers and sisters in Christ who are keeping the faith despite facing some of the most extreme persecution. Please join us in seven days of prayer for the church in North Korea. 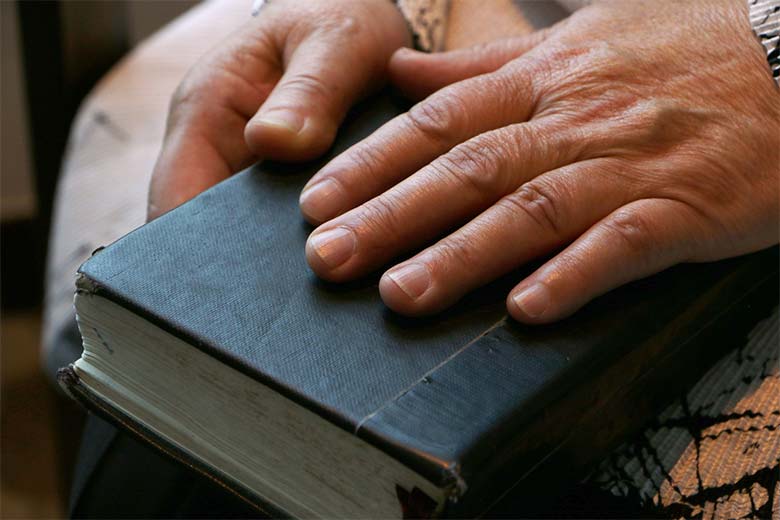 Your prayers and support are keeping the North Korean church alive

“If my people, who are called by my name, will humble themselves and pray and seek my face and turn from their wicked ways, then will I hear from heaven and will forgive their sin and will heal their land.” (2 Chronicles 7:14)

The gospel first came to North Korea in the 1800s, through a Welsh missionary. Since then, there have been several Christian revivals – the most famous being The Great Revival of Pyongyang in 1907, which began during a prayer meeting when several hundred believers confessed their sins before one another and repented.

Christians have almost always been persecuted in North Korea, and things have gotten much, much worse with the rise of the Kim dynasty – the country has been number one on Open Doors’ World Watch List since 2002. But there is hope for the North Korean church – it is growing!

When one Open Doors worker was praying for North Korea, he could not help but ask God, “Why have you forsaken North Korea?” and “Where are you, God?” However, instead of an answer, he felt like God was asking him back: “Why has North Korea forsaken Me?”

Remembering the history of how God faithfully visited the people of Korea, and remembering how God guided the country into a great spiritual revival that once covered the whole Korean Peninsula, let’s pray that God will pour out His blessings on North Korea today, and that He would turn the hearts of the Korean people – and especially the Kim family – to Himself.

“However, I consider my life worth nothing to me, if only I may finish the race and complete the task the Lord Jesus has given me - the task of testifying to the gospel of God's grace.” (Acts 20:24)

After the Second World War and the rise of Kim Il-sung’s Communist government, Christians and churches in North Korea became the main target of Il-sung’s attacks – he considered the ever-growing power of the Christians to rival his own political power.

Many Christians and churches were attacked; believers were imprisoned and even killed. In 1946, Christians protested against Kim Il-sung holding an election on a Sunday, and that was the final straw.

From then on, Christians and churches were openly regulated and oppressed. Christian schools were closed or had their management changed. The believers were forced to register with the Workers’ Party, and those who refused were arrested, banished to remote areas such as Siberia, or killed. Small churches were forced to merge with bigger churches for easier surveillance, and the pastors were ordered to put pictures of Kim Il-Sung in their chapels. Refusal meant arrest, torture, and death.

Kim Il-sung sought to squash the church – but he did not succeed. Instead, the underground – or secret – church was born, and it continues to grow, thanks to your continued prayers and support.

Let’s pray for our persecuted brothers and sisters in North Korea, struggling to not only survive such oppression, but also to disciple the next generation of underground believers; that the gospel of Jesus Christ will never stop spreading from generation to generation, and that God will take care of His children in North Korea and that the underground believers will become strong in their faith, preparing for the day when the name of Jesus Christ will be openly praised in North Korea.

“For everyone born of God overcomes the world. This is the victory that has overcome the world, even our faith.” (1 John 5:4)

North Korea does not celebrate the day the Korean War began – instead, they commemorate the day the war ended, as the Kim family retained hold of the North and an armistice agreement with the South was signed. They call it ‘The Day of Victory in the Great Fatherland Liberation War’, also known as ‘Victory Day’.

During the Korean War, numerous Christians were persecuted for their faith. After the war, if a Christian wanted to live, they were left with three choices: flee to the South, hide their faith or deny their faith. Under the strict controls of the late 20th century, all the leaders of North Korean churches decided to go underground.

Despite such dire oppression, God has faithfully led His believers through these tribulations. North Korean believers testify about how their ancestors kept their faith a secret, and how graciously God opened His way for the next generations to triumph over the darkness.

Let’s pray that God will remember and give strength and wisdom to the believers in North Korea that they will remain strong and courageous, and that the secret believers will hold on to the message that God gives them the victory through the Lord Jesus Christ.

Yours, Lord, is the greatness and the power and the glory and the majesty and the splendour, for everything in heaven and earth is yours. (1 Chronicles 29:11)

Kim Il-sung imposed the Juche ideology on his newly founded country, which means that all North Koreans are to believe that Father Kim Il-sung will provide everything they need. But of course, the church believes that our heavenly Father is the source of all things and provides all we need – which makes them a threat to the government. As the regime has been handed down from father to son, persecution against Christians has only intensified.

“Jesus answers our prayers of faith that are as small as a mustard seed. He fulfils us with all the hopes and materials, knowing all our present and future, when we pray with gratitude. I will become Jesus’s precious disciple who deeply experiences Jesus’s ability, strongly believes in Jesus as my saviour, and always responds with faith.”

Let’s pray that the underground believers in North Korea will be strengthened to remember God’s faithfulness and overcome every oppression they face, and that the prayers and support from brothers and sisters all around the world will help remind the secret believers of God’s faithfulness towards them.

Joseph* isn’t Jacob’s* biological son, but he is a son to Jacob in Christ. Jacob first shared the gospel with Joseph around 1990. Joseph knew it was something that he could be killed for following, but he also realised that Jacob had put his life in Joseph’s hands by sharing this information with him. He was moved by Jacob’s commitment, and although he was not convinced of Jesus’ teachings at first, faith took hold of his soul over time.

In the 1990s, North Korea was struck with a national food crisis, known as the ‘Arduous March’. However, even during this dire season, the underground believers would ‘consider their lives nothing’ (Acts 20:24) and risk their lives in two ways – by giving their share of food away, and by spreading the gospel of Jesus.

Joseph continues to raise prayer and support for the underground church around the world. And now he asks for your prayers: “Imagine the desperation of the people who live in such a place. North Korean Christians are like the tree stumps of faith that our Lord has let remain. The Kingdom of God must soon be realised upon the land. We need your support and prayer.”

Let’s pray that God will strengthen the secret believers in North Korea like Joseph, that they will not lose hope but continue to trust in God; that the Lord will open doors to share the gospel even in the darkest places; for those confined within political and labour camps, that God will remember them, and He will bring comfort and strength.

“See, I have placed before you an open door that no one can shut.” (Revelation 3:8)

Peter*, a devoted Christian, felt God calling Him to China. Mystified, he obeyed the call and, in the rural Chinese countryside, found a small group of believers who asked him to deliver Bibles and hymn books. It was only months later that Peter discovered that these things were being smuggled across the Chinese border and sent to secret believers in North Korea. This was the beginning of Open Doors’ ministry to the North Korean underground church.

A secret letter from a North Korean church leader expressed the Christians’ gratitude: “Through your support and wise guidance, our believers have been bearing good fruit in the spiritual warfare with powerful faith and love in Jesus Christ. Even though we are the mere Christian believers who are suffering in many difficult circumstances, our believers keep lifting up the cross of Jesus Christ until the victory comes, so that we may have the victorious march at the end in Christ… I pray for you and all supporters to be healthy spiritually and physically with the grace and mercy of our Heavenly God.”

Today, Open Doors secret workers are keeping 60,000 North Korean believers alive with vital food and aid through its networks in China, as well as providing Bibles, broadcasting Christian radio programmes and running safe houses at the Chinese border for those who are able to escape.

Let’s pray for the safety and protection of Open Doors secret workers as they continue to resource the North Korean church from China, including those who produce the radio programmes and run safe houses; and that God would open up more avenues to resource His people in North Korea.

“Our Father in heaven, hallowed be your name, your kingdom come, your will be done, on earth as it is in heaven.” (Matthew 6:9-10)

From the beginning of The Great Pyongyang Revival up to the coronavirus situation now, God has shown His love and mercy towards North Korean believers. We believe that, as it says in 1 Corinthians, God will ‘always protect, always trust, always hope, and always persevere’ for North Koreans (1 Corinthians 13:7).

Peter, who began Open Doors’ North Korea ministry, passionately believes that nothing will thwart God’s good plans for North Korea. “The One who calls you is faithful, and he will do it.” (1 Thessalonians 5:24)

“Despite such dire oppression against the underground believers that tries to eliminate them from earth, Father God, Jesus Christ, and the Holy Spirit three in One has got hold of the beloved Church,” says Peter. “I believe that through the history of persecution, God strengthened and refined His children into pure gold. They have grown into spiritual giants, sanctified and bearing fruits. I believe that God will someday call out the world’s most persecuted believers in North Korea, turn the world upside down, and they will begin redeeming the other persecuted Christians all around the world. They will stand strong and devote themselves to world mission.”

He adds, “God is the supervisor of the North Korean mission. He will open doors to North Korea despite the situation, and we know that when God opens a door, no one can shut it.”

Let’s pray for fresh dreams and visions for the people of North Korea, and that God’s kingdom will come and His will would be done in the lives of the people, the government and, most importantly, His church.

As you pray through these seven days of prayer for North Korea, join with Open Doors in thanking God for His provision and love for His persecuted children.

Why not share this story with friends or family, encouraging them to pray for the perseucted church in North Korea?